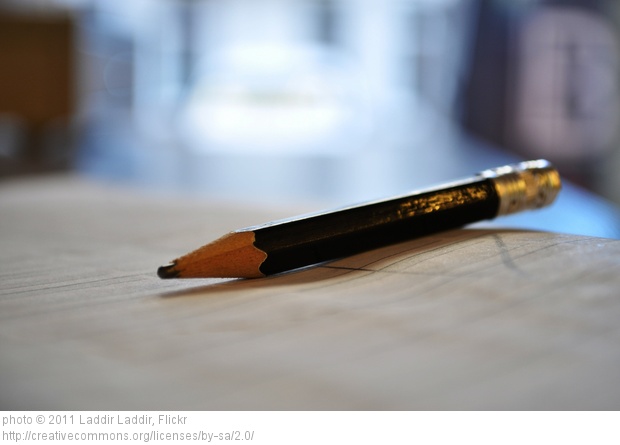 One of the most challenging aspects of doing production in a church setting is that church happens every week. During the week we have meetings, stuff to fix and install, TPS reports to file and a host of other things to get done. It’s pretty easy to drop into mechanical way of doing things. Sometimes, we do things because we’ve always done them that way. Other times, we do whatever we inherited from the guy before us.

Lately, we’ve been having a lot of conversations about intentionality. That is, exploring the whybehind the what we do. It can be a bit of a rabbit hole to go down sometimes, but I think we do need to figure out why we do what we do.

Doing the same thing over and over again without any idea of why can feel a little like moving rocks back and forth. When we know why we are doing something, we are more engaged, more connected and energized by it. When we see a clear connection between production technology and the mission of the church, we don’t mind coming in early or staying late.

Everyone on our teams needs to know how their service connects to the big picture. Even things that seem mundane can be energizing when we know the why. Why do we lay out cables the way we do? Why do we set lights and program them the way we do? Why do we choose the backgrounds we do for the songs? These tasks can either be empowering or demotivating depending on the why.

Do we make sure our teams know why we do what we do? It’s easy to train someone how to do a job, but harder—and more important—to train them why. But here’s the good part; once they get the why, they will do a better job, and they will see how their work connects with everything else.

When you have a solid rationale for what you’re doing, and can explain how it connects with the big picture, leadership knows you’re not just doing stuff because it’s cool. And if someone complains, it’s easy to diffuse because you know why you’re doing it and you can explain it.

For example, we had someone call to complain about the volume of our services (which aren’t that loud…) a while back. We called her and explained why we run the services at the volume we do. We believe in keeping energy up and our style of music works better at higher volumes. We told her we track levels each week and are in no danger of causing hearing damage. We even suggested a few spots she could sit where it was less loud.

What began as an adversarial conversation turned around as she began to understand the why. She came over to our side once she new we weren’t just rock ‘n roll junkies who liked things crankin’ loud.

The conversation would have gone quite different if all we could say was, “Well, uh, we just like it loud. Sorry…”

I had a professor in college who said that to us often, “Think it through.” I think in many ways that phrase has informed the way I approach production. As much as possible, I like to knowwhy I’m doing what I’m doing, and I like to do it with intentionality.

In the next few days we’ll explore how that plays out in practical terms. While it is impossible to cover everything we do, I’ll tackle a few key things that will get you thinking. After that, the rest is up to you!

Next up: Intentional Board Layout